The Sounds Like Summer Concert Series is Volume One's Thursday night gig in downtown Eau Claire's Phoenix Park. Local bands play to crowds each night on the banks of the Chippewa River in June, July, and August. Multiple food vendors will have food for sale. Pets are allowed at the concert.

Fathom opens the night with a performance at 6pm.

We're Wolves sings a palette of folk/hip-hop and indie rock.

The winner of Best of Hip Hop Artist in the 2022 Chippewa Valley Reader's Poll making waves in the local hip hop scene. 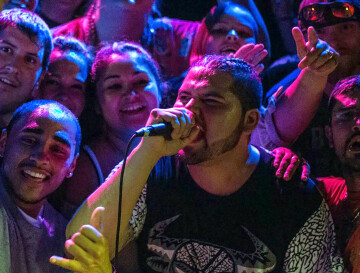