Ben and Bea are rival fishing guides, both avowedly single—and happy that way. Through the playful scheming of Bea’s Uncle Roy (helped along by his daughter, Sarah, and her boyfriend, Claude), Ben and Bea are soon lured into a romantic trap. Despite their sworn hatred of each other, the couple finds themselves inexplicably drawn together. 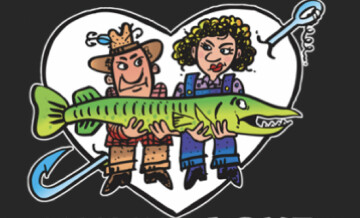