Highlighting the evening are three bands from the heyday of the regional 70-80’s music scene. The musicians performing have taken the stage with dozens of various bands, their performances spanning over 50 years of entertainment in the Chippewa valley and beyond.

Proceeds from the show will go to Feed My People Food Bank and the Multiple Sclerosis Society. 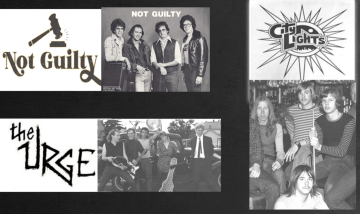