Cracked Up is a revolutionary documentary film about the effects of childhood trauma across a lifetime featuring comedian, actor, and Saturday Night Live legend Darrell Hammond.

Hammond wowed audiences but, behind the scenes, suffered from debilitating symptoms - misdiagnosed as mental illnesses until a suicide attempt connected him with the right doctor. Q&A session to follow the movie.

Renowned for his impressions of Bill Clinton, Sean Connery and hundreds more, Hammond wowed SNL audiences for a record-breaking 14 seasons. Although Hammond performed brilliantly on live TV, behind the scenes he suffered from debilitating flashbacks, self-injury and addictions, symptoms which were misdiagnosed by over 40 doctors as mental illnesses. It wasn’t until a suicide attempt brought him together with the right doctor that he was properly diagnosed and treated. Cracked Up, not yet released to the public, is already generating award buzz in Hollywood for its extraordinary message and grassroots effort to make all communities more trauma-informed. You don’t want to miss it! PESI is honored to have the film director, Michelle Esrick, join us at the Pablo Center for the screening and a live discussion with trauma expert Dr. Bessel van der Kolk via livestream immediately following the movie! 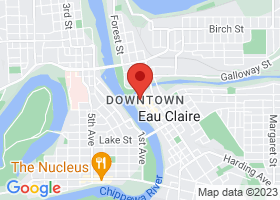