A Naalia New Year Live at The Plus Naalia is Black-Hispanic R&B artist from Eau Claire, WI. She was introduced to the EC music scene back in March when she released her live version of her song "Minor Harmonies" off of her upcoming EP with Converge Radio for NPR's 'Tiny Desk Contest'. She continues to use her music to be a voice for those who often feel they don't have their own. Her music is influenced by great R&B artist such as Monica, Brandy, TLC, and Lauryn Hill, as well as modern artists like Sabrina Claudio, Jhene Aiko, and H.E.R.

Opening for Naalia will be Emily Watkins and Mikoy

Mikoy is an Eau Claire singer/songwriter who was born in the Philippines and grew up in Bainbridge Island, Washington. Loves to travel and meet new people.

Emily Watkins is a local jazz guitarist. She plays in many bands and ensembles, including the Chippewas Valley Jazz Orchestra, and local funk group Uncommon Denominator. 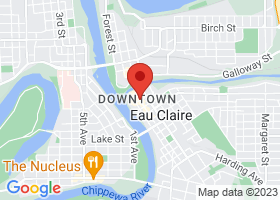