Behind every tall tale is a little bit of fact. Many fiction authors find their work is influenced by history or their knowledge of a “real” place. Loretta Ellsworth, author of several young adult novels, will share the true history behind her first adult historical novel, Stars Over Clear Lake, which takes place at both The Surf Ballroom in Clear Lake, Iowa, and the prisoner of war camp in Algona, Iowa.

LORETTA ELLSWORTH grew up in Iowa and is a former teacher and a graduate of Hamline University with an MFA in Writing for Children. She is the author of four novels for younger readers, including In Search of Mockingbird, which won the 2007 Midwest Bookseller’s Choice Honor Award in Children’s Literature, and was named to the 2008 New York Library’s Best Books for Teens list. Ellsworth’s first adult historical novel, Stars Over Clear Lake, is set in Clear Lake, Iowa during World War II. She currently resides in Lakeville, Minnesota.

The Chippewa Valley Family book sales committee will have copies of Stars Over Clear Lake available for purchase at this event. Stay for an autographing session following the presentation. 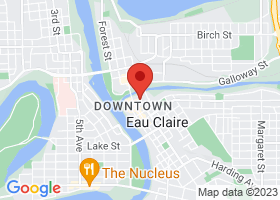