Chippewa Valley Book Festival: A Font and the Search for One Man’s Fate During the depths of World War II, Frenchman Marcel Heuzé mailed letters to his wife and three young daughters from a labor camp in Berlin. His handwritten letters home carried tender words of love along with testimony about day-to-day survival inside a labor camp. More than half a century later, type designer Carolyn Porter found a bundle of his letters in an antique shop. As Porter began to transform the beautiful, looping cursive into a modern computer font, she became obsessed with finding answers to her questions: Who was Marcel? Why were his precious letters for sale halfway around the world? And most importantly: Did Marcel survive? Discover what goes into the design of a font, learn about a little-known aspect of WWII—the forced labor of ordinary French civilians—and be inspired to pursue your own passion projects.

CAROLYN PORTER is an award-winning graphic designer and type designer based in White Bear Lake, Minnesota. She graduated with a BA in Graphic Design from University of Wisconsin–Stout, which is where she was exposed to typography and the design of letterforms. Her first font, P22 Marcel Script, has garnered four international honors, including the prestigious Certificate for Typographic Excellence from the New York Type Director’s Club. Her nonfiction book, Marcel’s Letters: A Font and the Search for One Man’s Fate, was a finalist for the Minnesota Book Award, a Paris Book Festival winner, and a gold medal winner from both Independent Publisher Book Awards and the Military Writer’s Society of America.

The Chippewa Valley Book Festival book sales committee will have copies of Marcel’s Letters: A Font and the Search for One Man’s Fate available for purchase at this event. Stay an autographing session following the presentation. 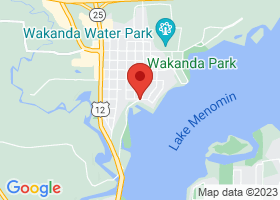