A Mohican Indian from northern Wisconsin, Miller is a performer, songwriter, activist, painter and world-class flute player who is one of the most admired figures in the Native American music, winning a Lifetime Achievement Award from the Native American Music Awards & Association. Miller has toured with diverse musicians such as Pearl Jam's Eddie Vedder, The BoDeans, Richie Havens, John Carter Cash, and Arlo Guthrie. Miller's flute playing was featured on the Vanessa Williams song “Colors of the Wind,” the theme song of Disney’s Pocahontas, which won a Grammy Award and both the Academy Award and Golden Globe Award for Best Original Song.

At the CVTC performance, Miller will perform original music and also talk about his personal story and how it has influenced his music. Though not currently touring, Miller is scheduled to be the keynote speaker and a presenter at a Diversity Resources Conference for CVTC students, faculty and staff on Friday, Nov. 10. 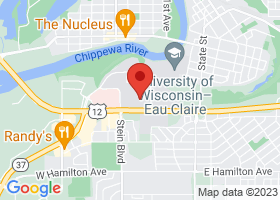