Volume One will revive its citywide April Fools’ Day Pillow Fight in downtown Eau Claire, Wis. The huge community pillow fight used to be an annual tradition, held each April 1 from 2006 through 2012 until the squishy brawl went on indefinite hiatus.

So what exactly is the event? It’s "Five Minutes of Feathery Fury" – a short but lively celebration of foolishness, by which we mean a giant, five-minute pillow fight with the entire city invited. To participate, people can just show up in the Oxbow Hotel's courtyard t (a little early) with a nice, fluffy pillow. After a few announcements, at precisely 4pm, a whistle will blow. That’s the signal to start a-swinging (or people can just come to watch the fun, and many do). So grab a pillow, some friends, and get ready for some soft, feathery combat!

Visit the Facebook event page for the pillow fight »

For the Whole Family Events 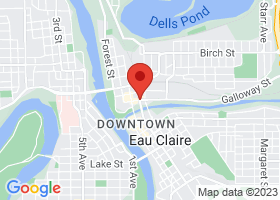