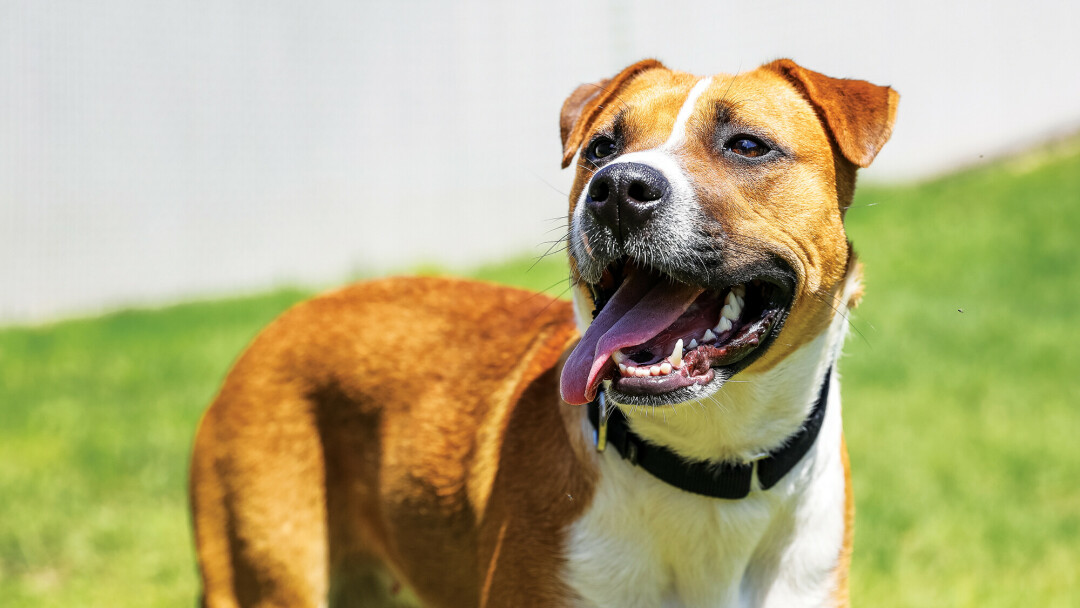 BONUS CUTENESS. We happened to have some extra cute dog photos from Andrea Paulseth’s shoot at the Eau Claire Humane Association ... this is Tulip. 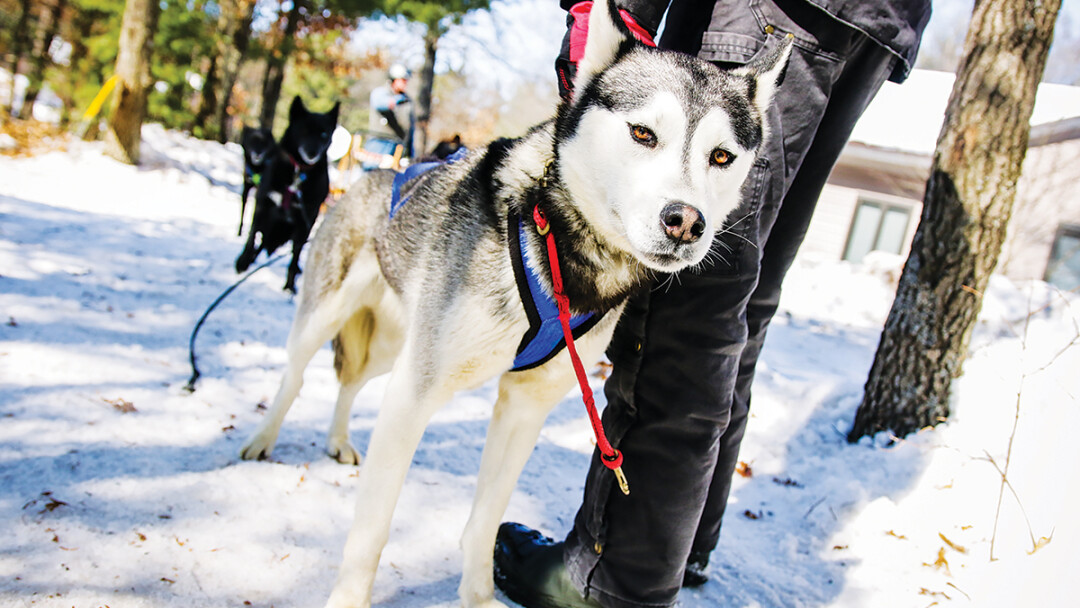 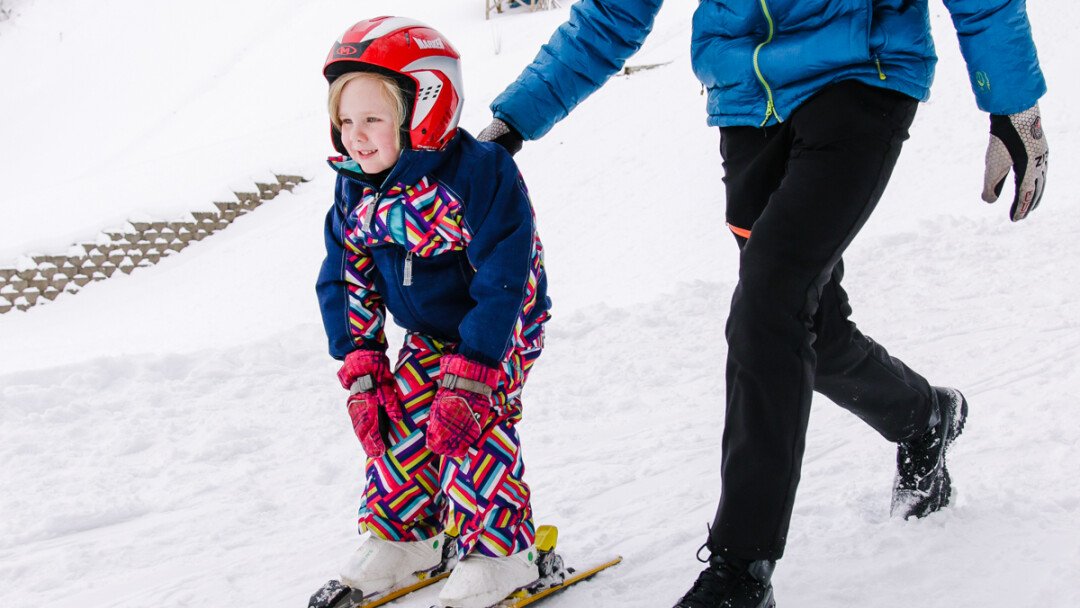 IT’S ALL DOWNHILL FROM HERE. The Flying Eagles Ski Club held its annual “Learn to Ski” event at Mt. Washington Nordic Ski Complex – for kids of all ages – on Wednesday, Jan 1. Families were able to check out their ski jumping program and learn a little about downhill or cross country skiing ... 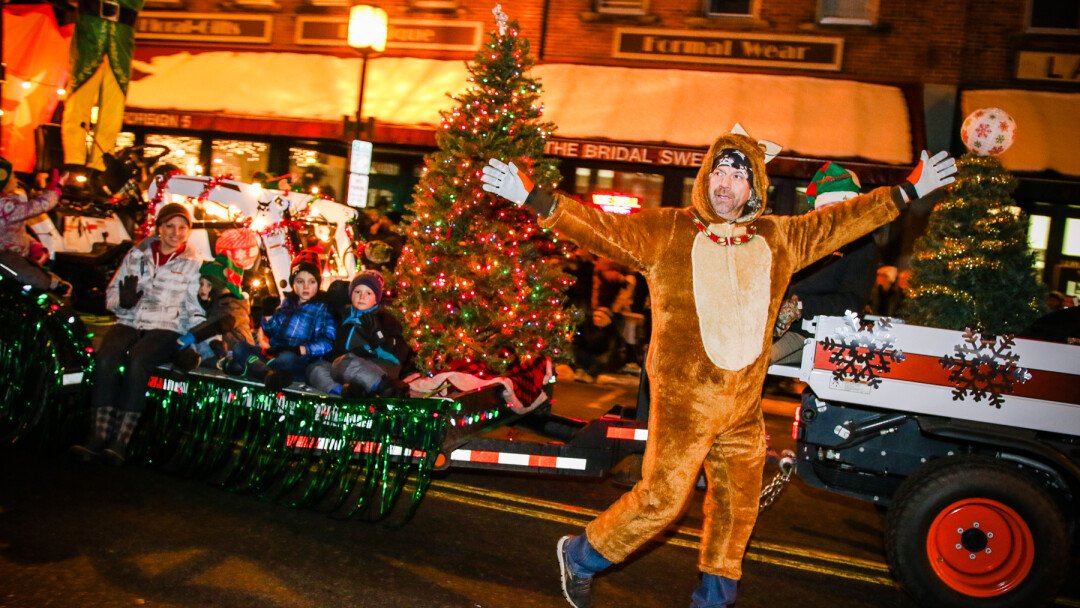 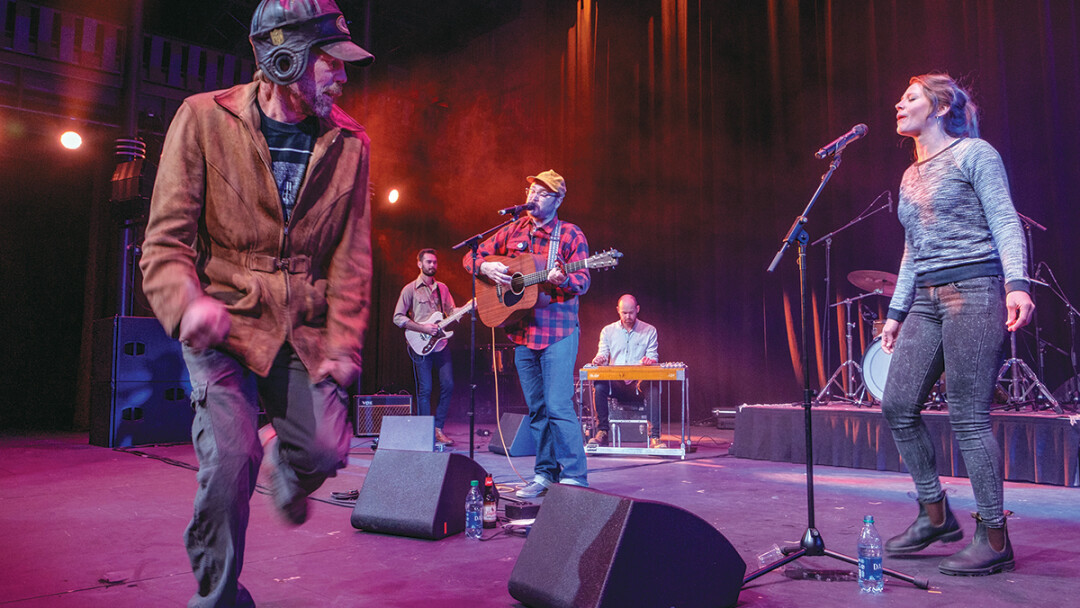 WHAT TIME IS IT? LOOKS LIKE IT'S DANCE-O-CLOCK. Sponsored by Leinenkugel’s, the new Driftless Series at the Pablo Center at the Confluence brought local favorites The Ben Shaw Band, LASKA, and Pit Wagon (shown here with a devoted fan) to the Jamf Theatre on Friday, Nov. 1 ... 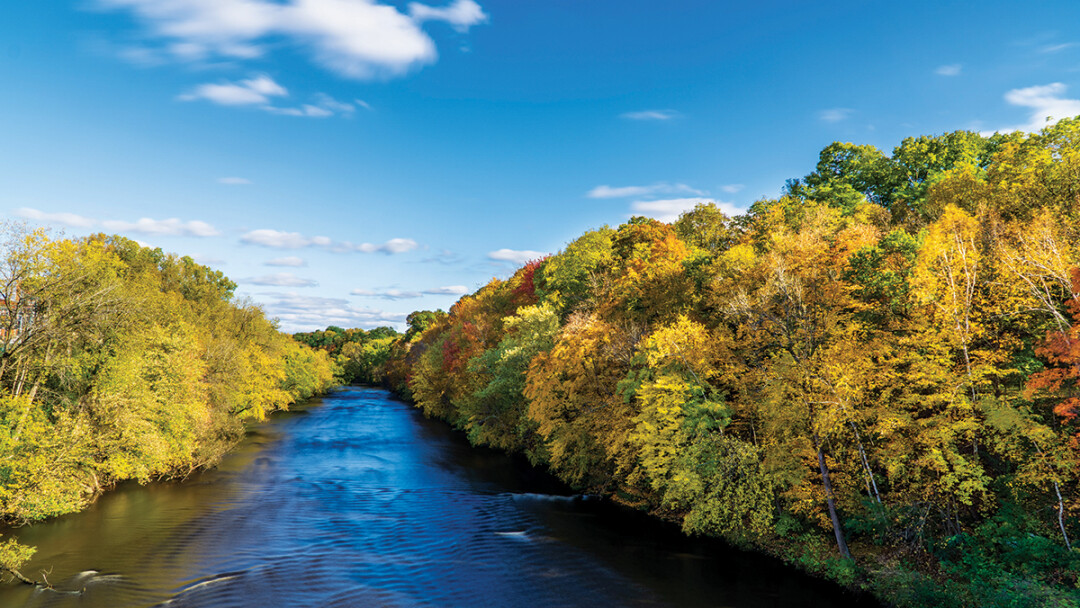 ONE LAST LEAFY LOOK. The leaves of the Chippewa Valley’s trees changed fast these past few weeks, so here’s one last look at the Eau Claire River before all the yellows and greens shifted to the more dignified rusty brown we see today. 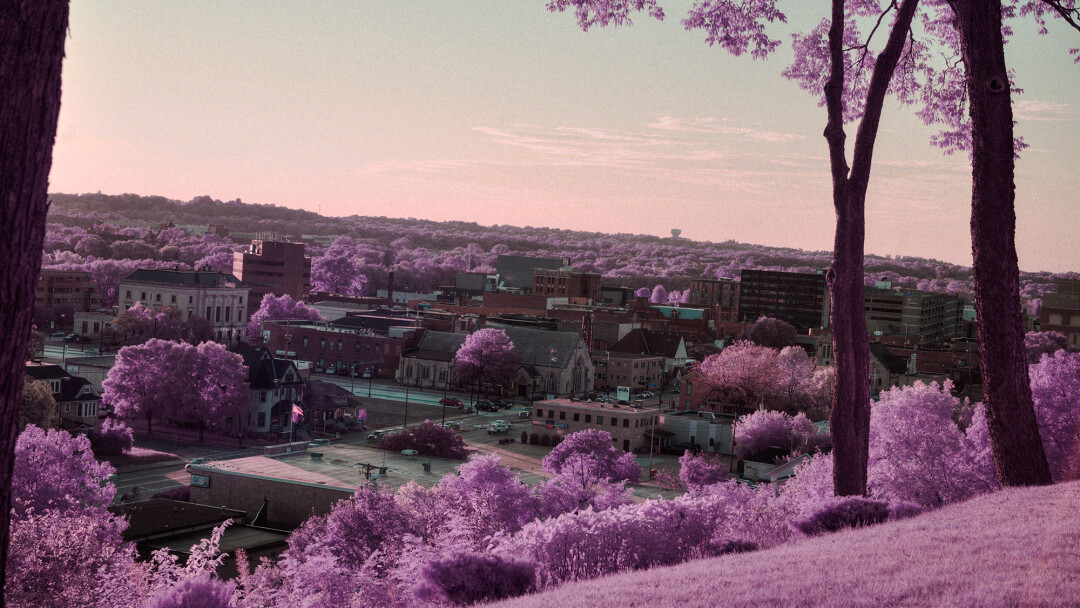 To create this image of downtown Eau Claire, Volume One contributor James Bartelt modified his camera to shoot infrared, visible light, and ultraviolet. The colors you see come from using an infrared bandpass filter. 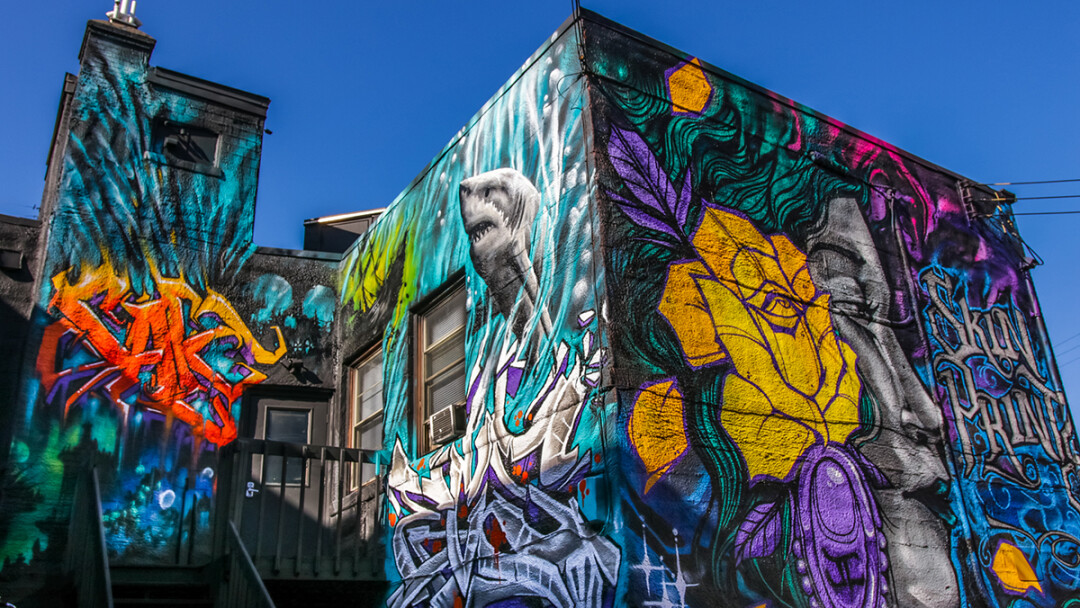 PICTURE THIS. Check out the back of Skin Prints (403 S. Farwell St.) in downtown Eau Claire for another great mural project. This one – visible from Main Street – was created in late September by Eric Schultz (of Skin Prints) and artist Salt Rock (from southern Wisconsin). 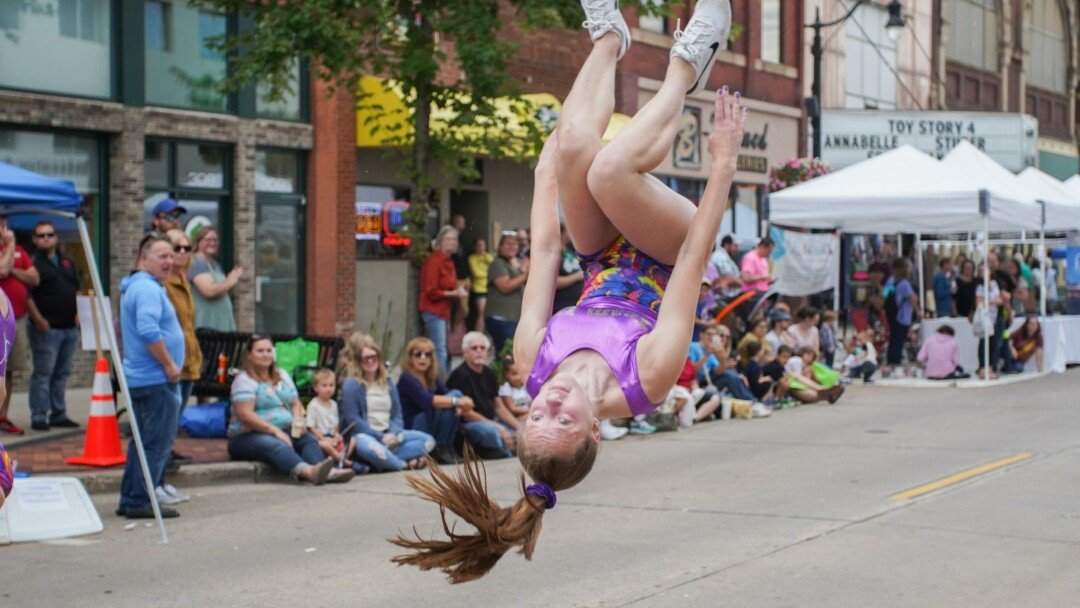 A FLIPPING AWESOME TIME WAS HAD BY ALL. Downtown Eau Claire’s annual International Fall Festival took place on Saturday, Sept. 14, shutting down N. Barstow Street for food vendors, booths, a petting zone, and of course, the big parade. 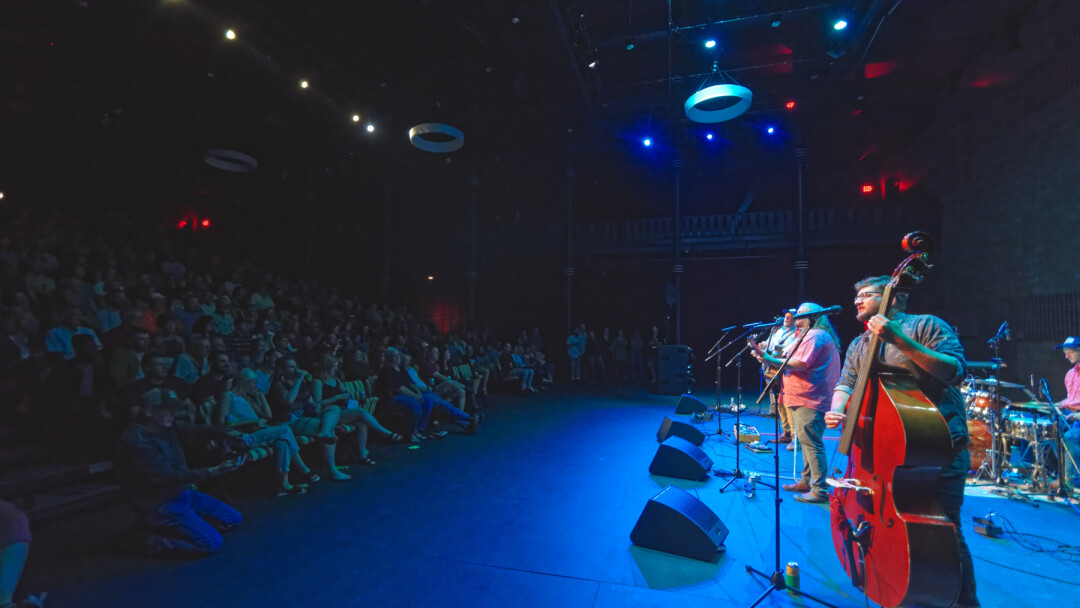 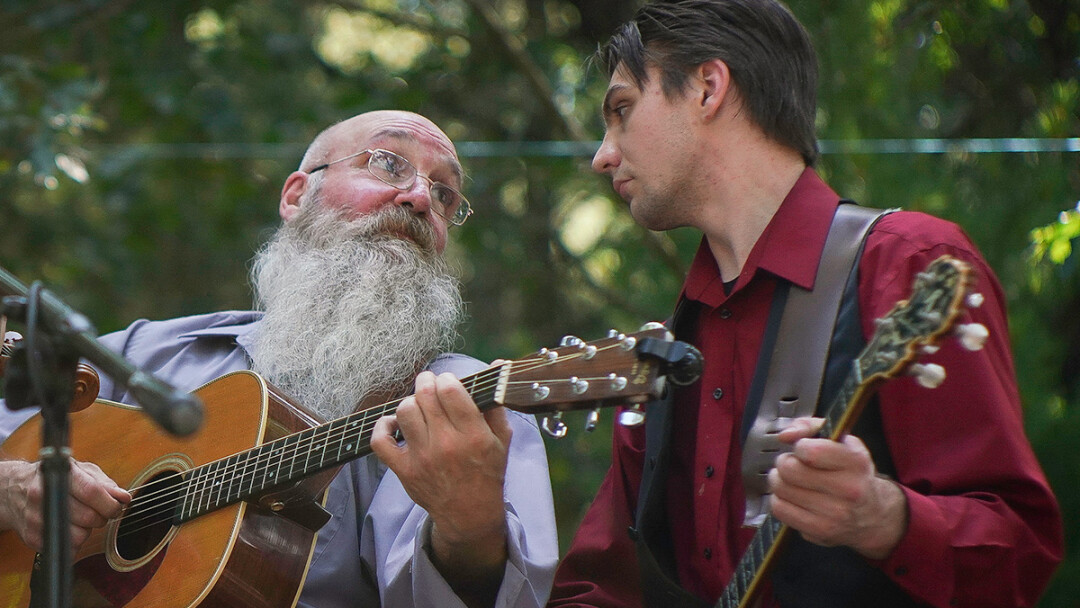 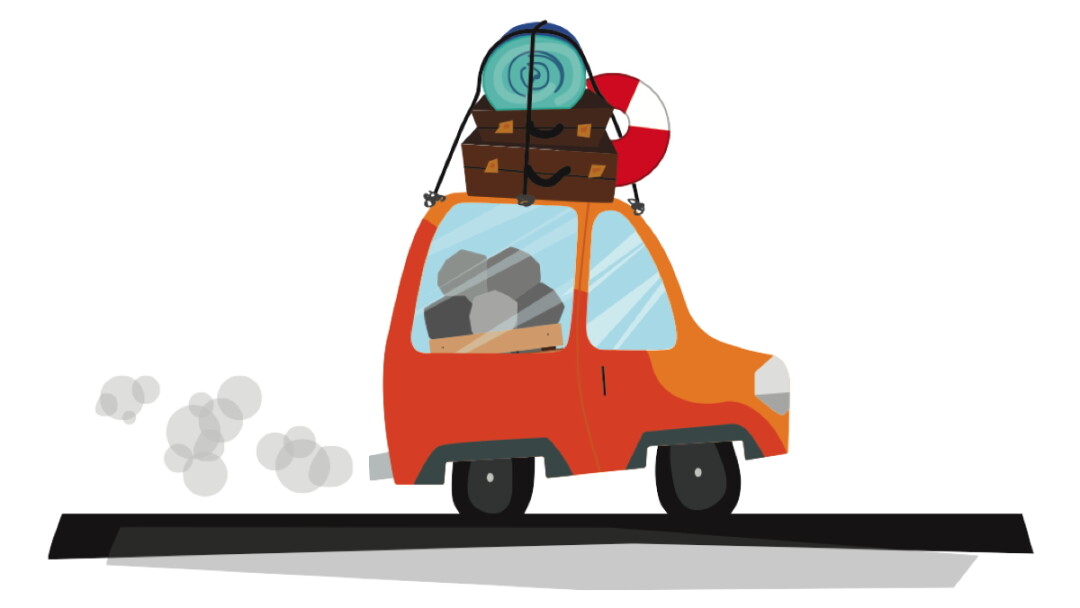 the gold we find on summer vacation

We went searching for gold, and we came home with a rock. It was the classic Wisconsin family road trip – the longest that my family would ever take – to the Badlands of South Dakota. With my parents in the front, my two brothers ... 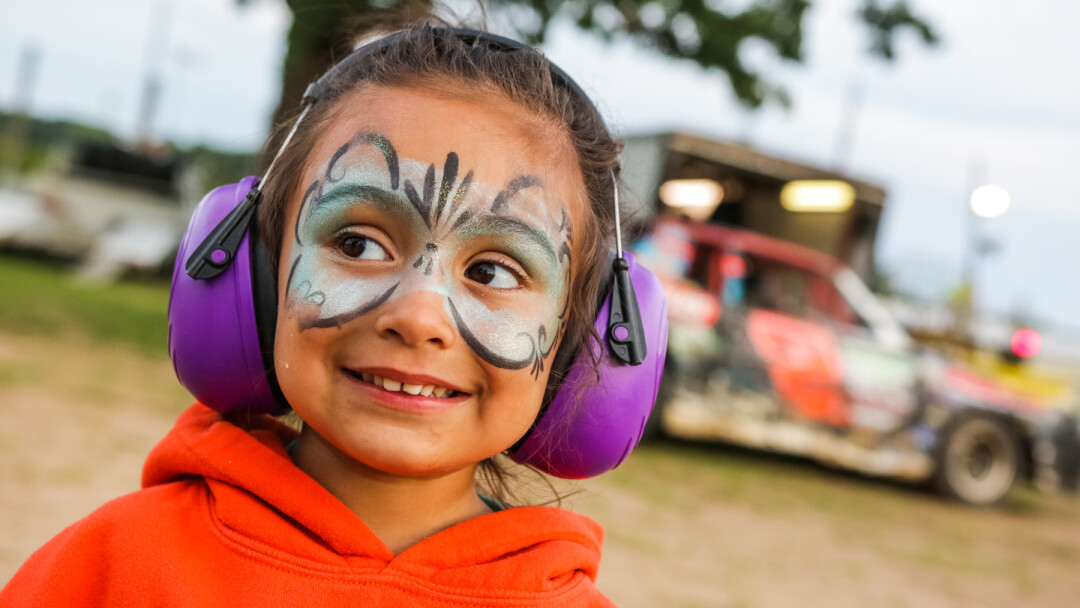 EARNING CHEERS WHILE SHIFTING GEARS AND PROTECTING EARS. On Thursday, July 25, the Red Cedar Speedway near Menomonie held its Dunn County Fair 25 Street Stock Invitational, drawing together racers (and racing fans) from all over the region. 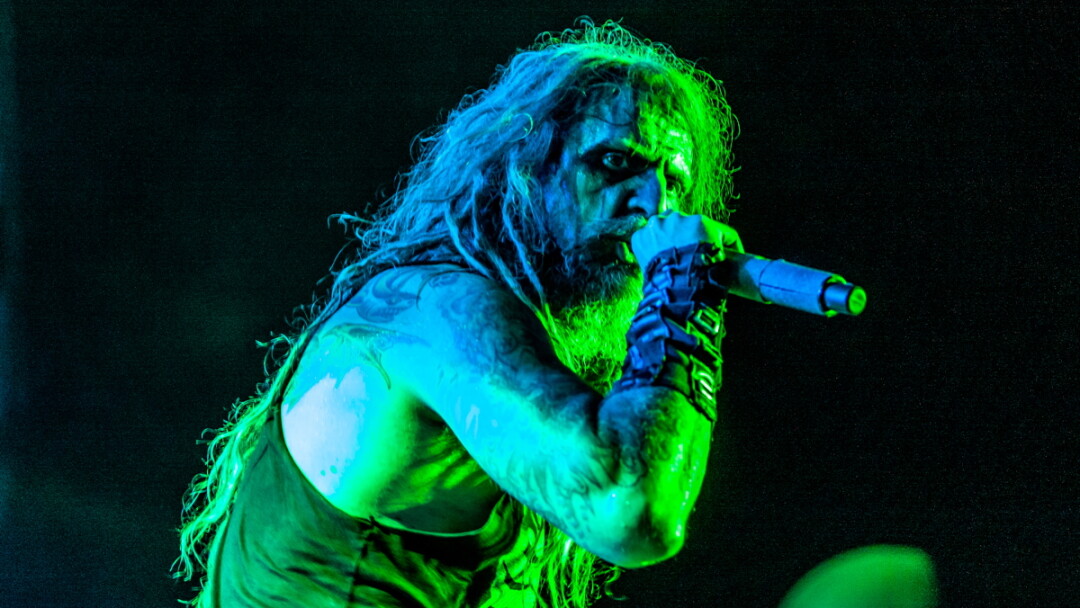 FEAR THE ROCKING DEAD. Despite some sketchy weather, Rock Fest 2019 took place Thursday, July 18, through Saturday, July 20, in Cadott. This massive rock ’n’ roll fest featured such artists as Rob Zombie (pictured), Marilyn Manson, and P.O.D., with many other performances throughout the weekend. 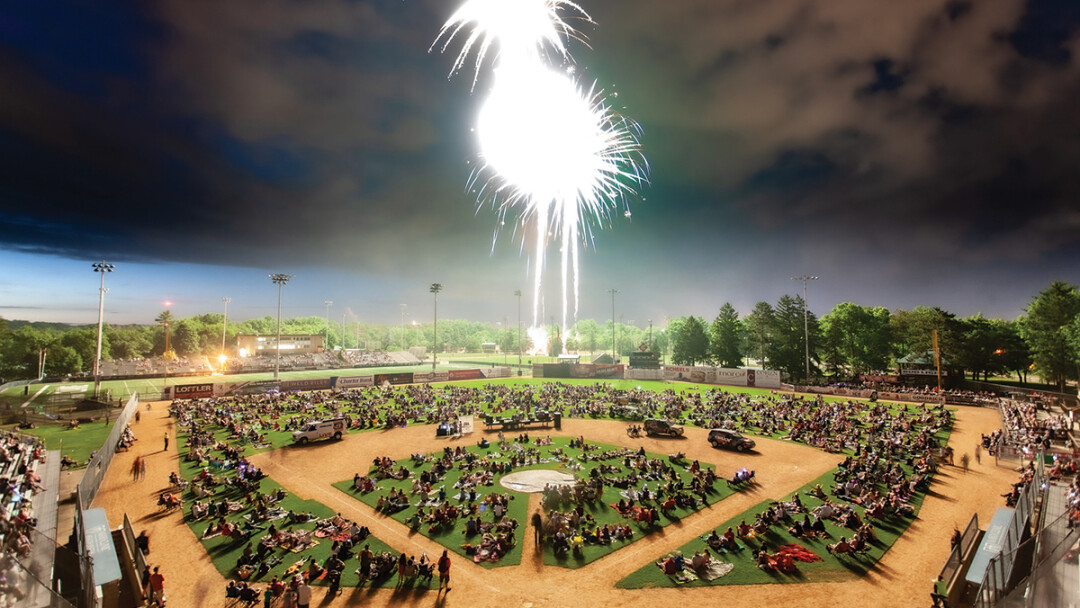 FIELD OF BEAMS. Eau Claire’s annual Independence Day fireworks display popped off on July 4 (of course) just after 10pm. As usual, ground zero for the show was the Carson Park baseball stadium, with thousands of locals watching from the park and around the entire city. 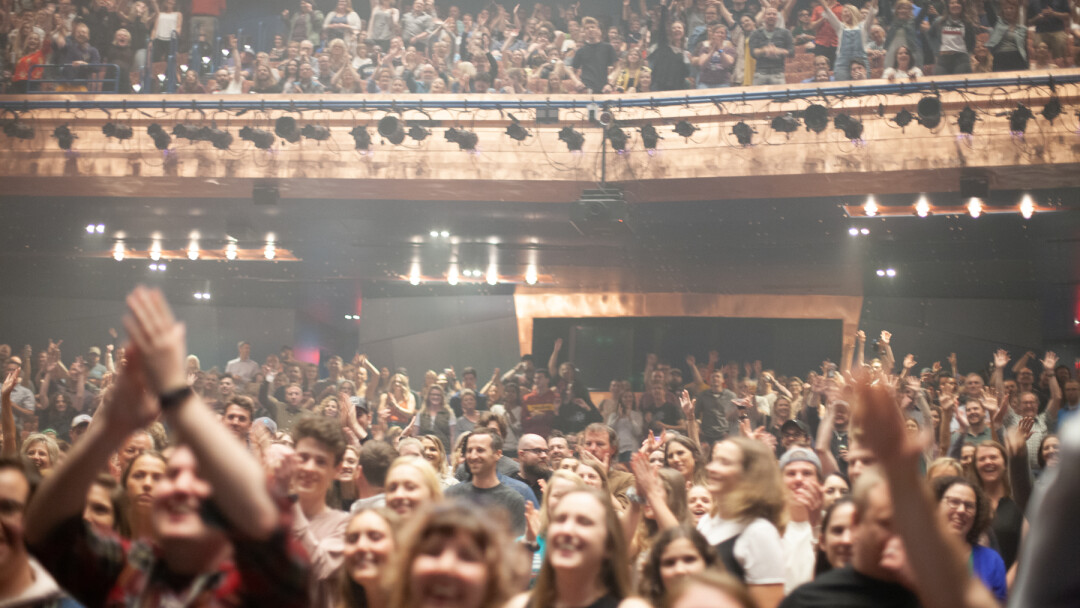 LIGHT IT UP. Eaux Claires Music Festival favorite Francis and the Lights came to downtown Eau Claire’s Pablo Center at the Confluence on Saturday night, June 15 for a special show called Microphone and a Spotlight, which sold out the Pablo’s RCU Theater ... 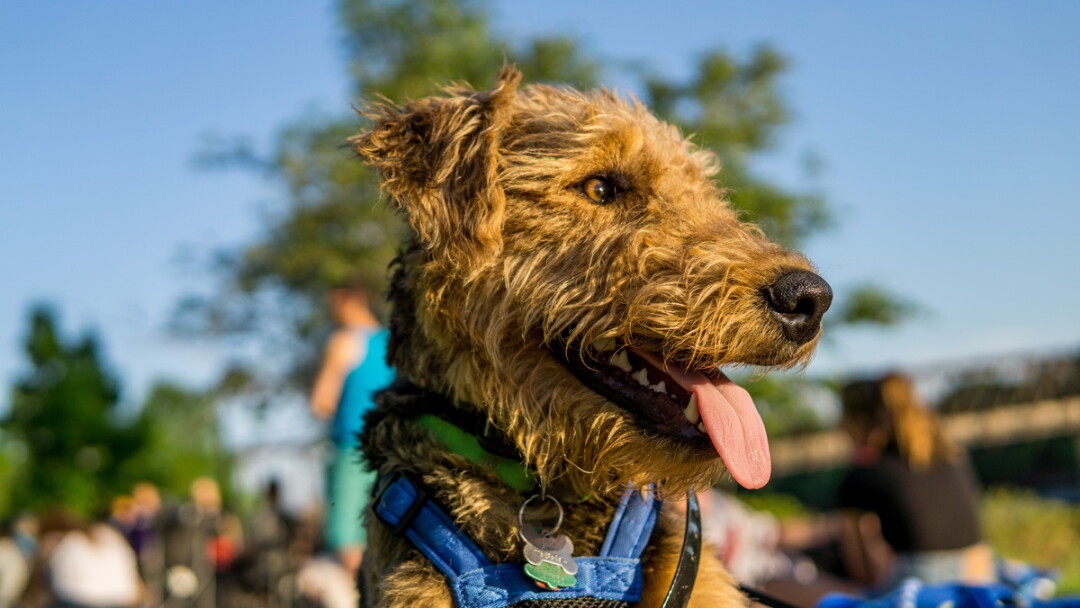 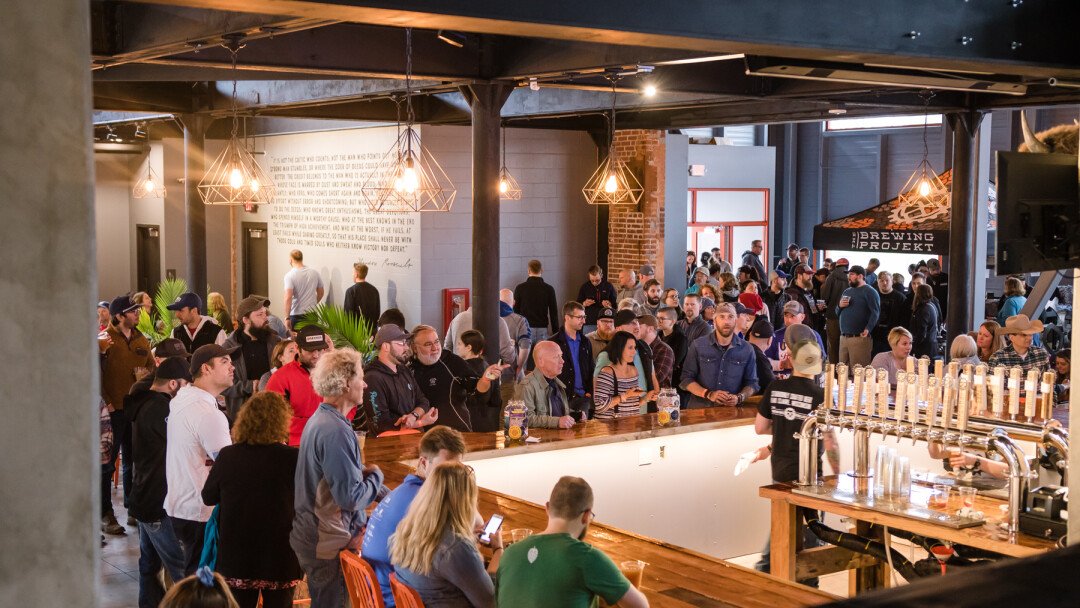 DARING GREATLY. On Saturday, May 18, the long-anticipated opening of The Brewing Projekt’s new brewery and taproom, 1807 Oxford Ave., was celebrated with food trucks, special beer releases, and live music from headliner 4onthefloor. It was also the brewery’s fourth anniversary ... 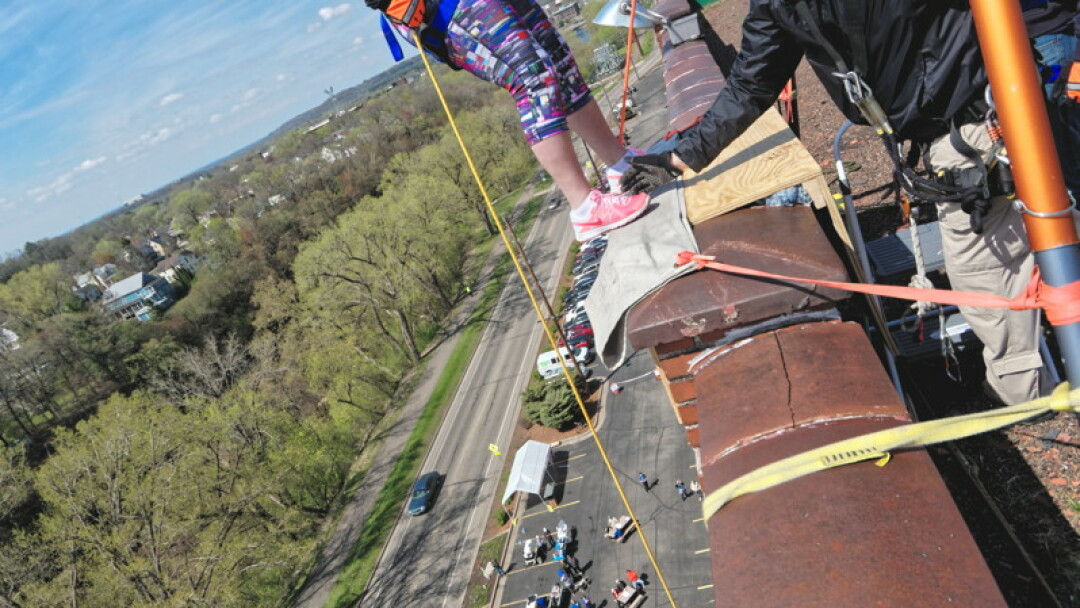 ONE OF THE EDGIEST PHOTOS VOLUME ONE HAS EVER PUBLISHED. On Saturday, May 11, locals rappelled down the side of Banbury Place on Galloway Street near downtown Eau Claire to help raise money for the Children’s Dyslexia Center ... 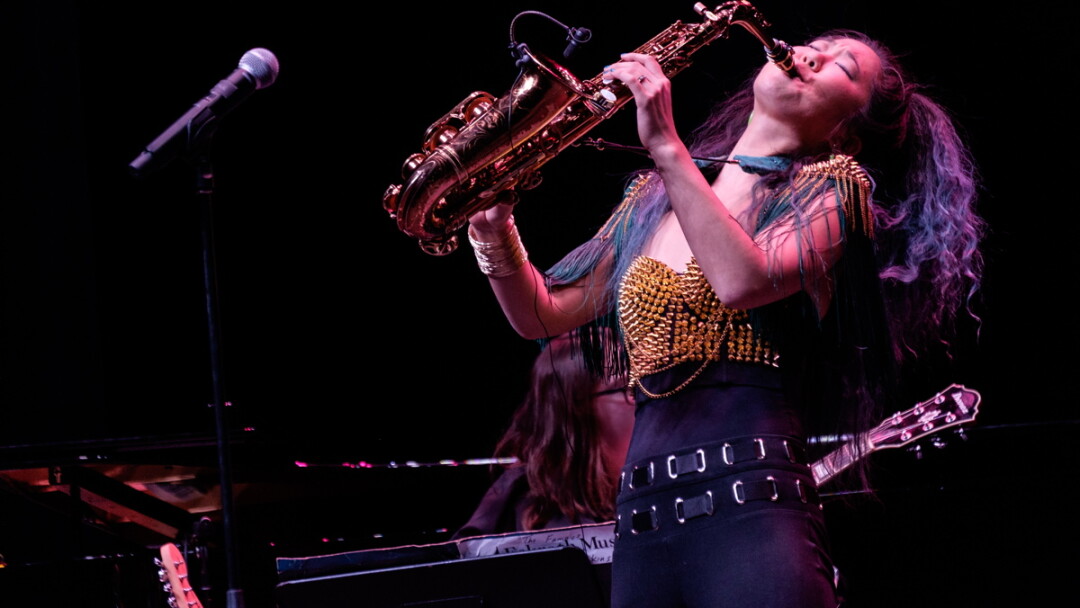 PHONING IT IN. Musician, singer, songwriter, arranger, and clinician Grace Kelly was one of Jazz Fest 2019’s headliner acts (along with New York Voices), playing shows on both April 26 and 27 in the RCU Theatre at the Pablo Center at the Confluence, as well as leading clinics for student musicians ...