Vanessa Boetcher remembers singing along to the radio with her dad, a dairy farmer. The love he had for her is the kind of love she wants to continue to grow. 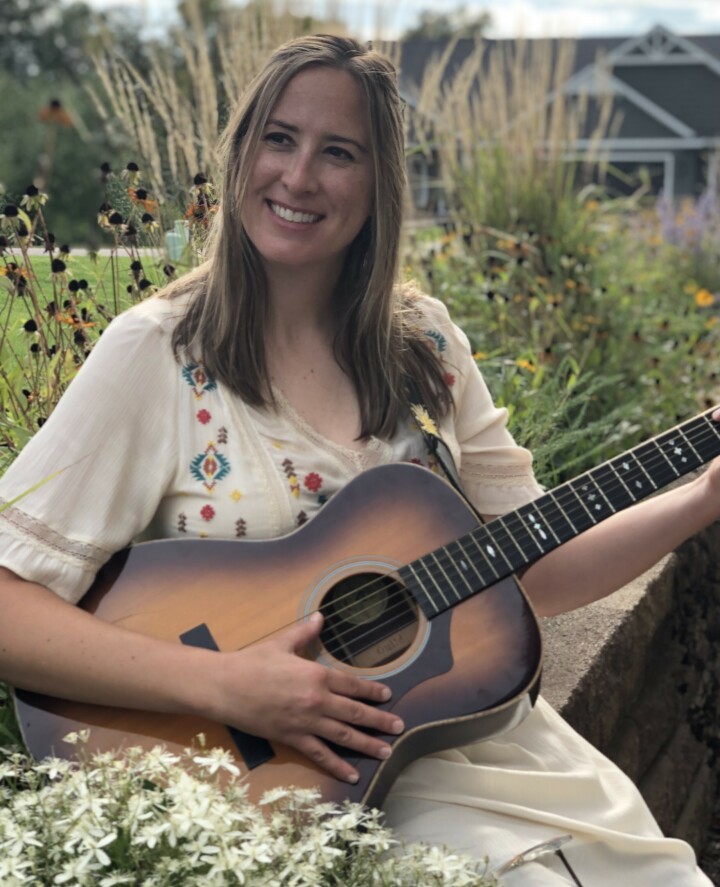 Chippewa Falls’ Vanessa Boetcher fondly remembers passing time on her family’s small dairy farm in Gilman, Wisconsin, listening to the radio and singing along with her dad.

And it was her dad, ultimately, who was the inspiration for her debut album, Love Grows, which explores feelings of grief, love, and nostalgia after losing her dad to a tragic accident five years ago.   “He was a big music lover and he was always singing,” said Boetcher, who works as a school psychologist at Chippewa Falls Middle School, “so I thought that would be a good way to honor him.”

There’s something about the guitar riffs, the slow-moving, gentle sway of the six country/folk songs that appear on the record, that evoke a deep sense of nostalgia – a longing for the people we’ve lost. And that’s intentional.

We have hard things and sad things, but also beautiful things.

Even (my father's) death in general – although it was sad, I had a really beautiful man as my father.

“So many of us have (experienced) a tragedy in our life,” Boettcher said. “We have children who we want to grow up and love each other. We have hard things and sad things, but also beautiful things. Even (my father’s) death in general – although it was sad, I had a really beautiful man as my father.”

The album, which was released on Oct. 15, is Boetcher’s debut, as well as the first album under her project Polley Lane – named for the street she grew up on in Gilman – which features Boetcher on vocals, Jeremy Boettcher on bass, Jeremy Holt on guitar, Evan Middlesworth on guitars and piano, Ben Lester on pedal steel and keys, Matt Haapala on drums, and Laura Ignacio on backing vocals. It was recorded at Pine Hollow Studio in Eau Claire.

Boetcher is no stranger to the Chippewa Valley music scene, as her husband, Dan, plays in the band Dames alongside Evan Middlesworth and James Ignacio. Though she is close friends with many musicians and producers locally, she was flattered by their encouragement. “They probably don’t even realize their impact on someone who wants to do it,” she said of her fellow musicians.

The album especially resonates with small, family farmers, as the number of family-owned dairy farms dwindles across the country. It’s a loss she grieves, along with the death of her dad. But loss also inspires her to consider the future and her children, Wayland, Lucy, and Simon. Thus, she said, the title: Love Grow.

“It’s really about my kids,” she said, “and how I want them to grow up and still love each other and be good friends, and this idea that love continues to grow. Love keeps growing on. My hope for that is to keep growing.”