Children’s Theatre Set to Seize the Day With ‘Newsies’ 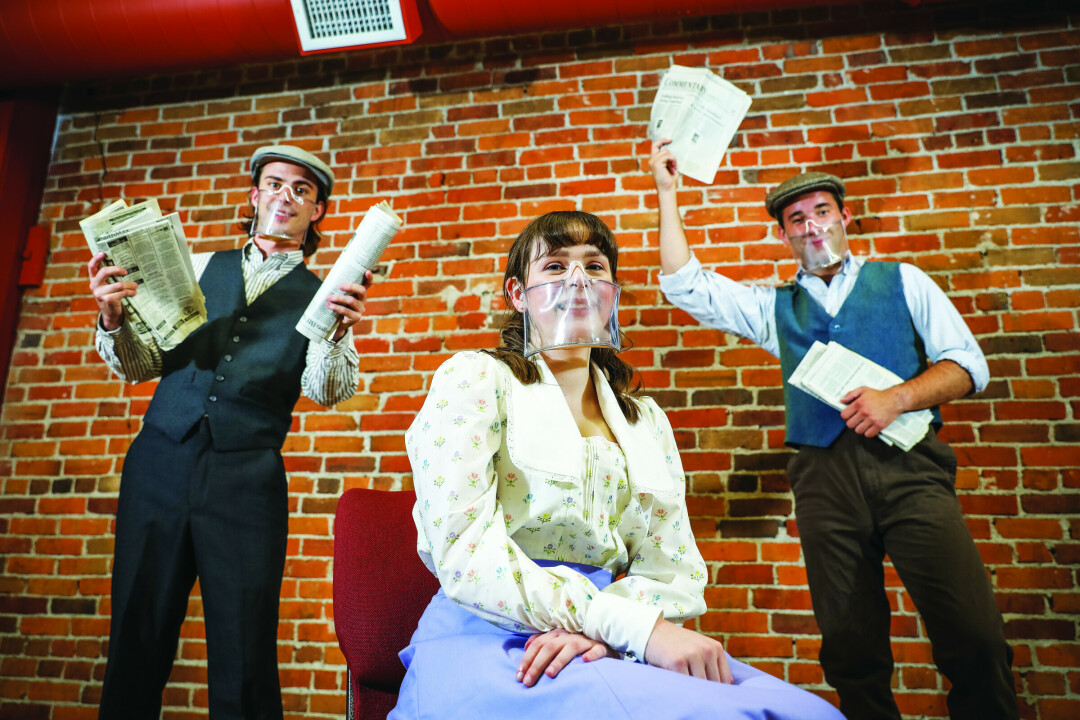 ‘The World Will Know” that the Eau Claire Children’s Theatre is slated to stage the hit Disney movie-turned-Broadway musical Newsies — by Alan Menken, Jack Feldman, and Harvey Fierstein — at 7:30pm from July 22-24 at the Northern Wisconsin State Fairgrounds in Chippewa Falls.

The musical follows newsboy Jack Kelley, who leads a strike over the rising price of newspapers and for newsboy rights against New York City publishers Joseph Pulitzer and William Randolph Hearst. It’s based on the real-life Newsboys’ Strike of 1899, in which a band of newsboys united against Pulitzer’s New York World and Hearst’s New York Journal.

“I love Newsies, especially in this day and age. It’s so relatable.”  –Erin Hayes, cast member

Hayes said the musical is about having a voice, a “place at the table,” which is a theme that she says this generation will still relate to. This is also Hayes’ first lead performance at ECCT.

“Getting the role of Katherine was life-changing,” she said. “I was in shock.”

Though the performance was originally slated for the Pablo Center at the Confluence from July 23-26, the theater company changed venues to the fairgrounds — which can fit up to 400 people safely — to allow for more physical distancing among audience members. This is the theater’s first performance at the fairgrounds — or any outdoor setting — that Director Wayne Marek can remember. With food and beverages available for purchase, Marek said, “You can make a night out of it.” Just don’t forget a lawn chair!

“It is a high-energy, high-dance performance,” Marek said. “It’s always a great thing for the summer show.”

With over 74 auditions for Newsies, Marek said the number of people auditioning was slightly higher than in a “normal” year, and most people auditioned in-person rather than virtually.

Performers and production crew will wear face masks — including ones designed to make performing easier — throughout rehearsals and performances, and ECCT recommends attendees wear face masks, though they are not required.

Tickets are available from the Eau Claire Children’s Theatre online at www.ecct.org or by calling (715) 839-8877.