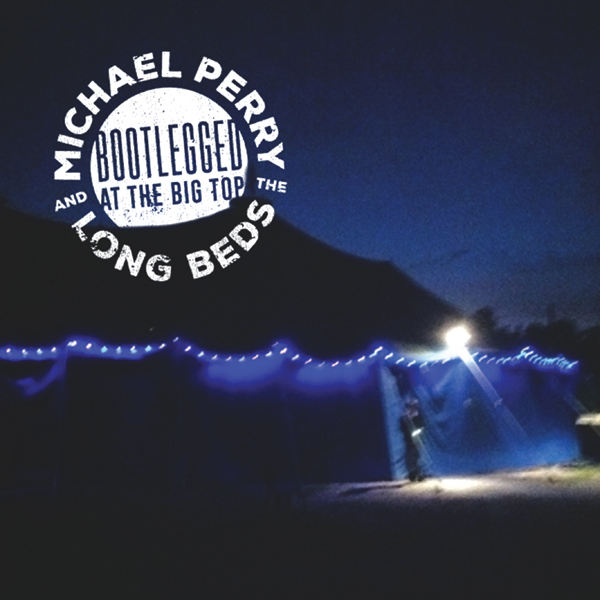 For their third album, Michael Perry and the Long Beds went live. The 23 tracks that fill Bootlegged at the Big Top were recorded under the big tent at the Big Top Chautauqua, up north in Bayfield, through which Perry hosts “Tent Show Radio,” a WPR program that showcases a variety of Big Top’s live performances.

The album was recorded “lo-fi and on the fly beneath a gigantic blue tent filled with good people perched high above Lake Superior on a night when the Apostle Islands appeared as black holes in a reflection of the Milky Way,” to quote the presser. “Fancy wasn’t on the set list, but music, stories, laughter and applause were, and we’re happy to share it just as it happened: imperfectly, joyfully, and gratefully.”

Pre-sale is available now through Amble Down Records on Perry’s website, sneezingcow.com, and the physical release will start shipping Dec. 16.