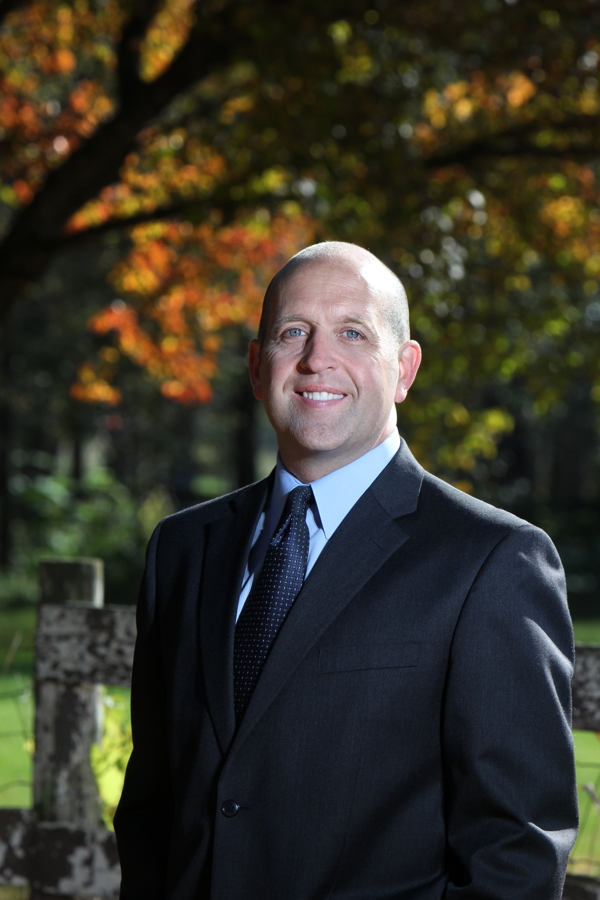 Kevin McKinley is one of the most recognizable financial figures in the Chippewa Valley, in no small part because of the decade-plus he’s spent doling out good-humored advice on Wisconsin Public Radio and in a weekly Leader-Telegram column (not to mention columns for Money.com and Registered Rep magazine as well as a book). A financial planner for more than 25 years, McKinley has made a name for himself by pairing light-hearted wit with no-nonsense financial advice. Over the course of his career, he says, people seem to have gotten smarter about money matters – or at least less foolish.

“I do think they’re becoming more concerned (about money), in part because we feel like we live in a more fragile world right now, both globally and personally, and there are less guarantees and support systems for people,” McKinley says. “That’s mostly bad, but the upshot is we have more control over our decisions.” In other words, we’re less likely to depend on government or a long-term employer to take care of our financial futures for us.

Overall, McKinley believes, more Americans are coming around to the “spend-less, have-more” philosophy he espouses and that many in the Chippewa Valley have always stuck to. “More people are acting like people in the Chippewa Valley than they were before,” he says. “They’re less aggressive, they’re not spending as much.  … They’re more concerned about financial security.” Likewise, thanks to the Internet, people are more awash in financial advice than ever before. However, he adds, “It’s difficult for people to know what information is true and what they can trust, and how it applies to their situation. …. For the time being I’m not afraid of the death of getting good financial advice from a human being.”

And speaking of good advice, here are some suggestions from McKinley on what to do about student loans, how to boost your credit score, and the best possible decade to save for your retirement (hint: it’s not the 10 years right before you retire).

You started working for an investment firm at age 17. I assume this meant you had your act together, financially speaking, at a young age. Nonetheless, is there any sage financial advice that adult Kevin would give to teenage Kevin – or to teenagers today?
Number One: Treasure that thick, lustrous head of hair. Number Two: It’s easier to spend less money than it is to make more. And spending more generally means you have to work more, longer, and harder to pay for your spending. Sooner or later you’ll start to treasure your time and freedom more than you will value the money, or the stuff you can buy with it.

“It’s easier to spend less money than it is to make more.  And spending more generally means you have to work more, longer, and harder to pay for your spending. Sooner or later you’ll start to treasure your time and freedom more than you will value the money, or the stuff you can buy with it.” – local financial guru Kevin McKinley

Considering how expensive college has gotten, and the massive long-term debt many grads are saddled with, is higher education still a worthwhile investment for those who have to borrow money to pay for it?
Yes – as long as the economics of both the education and the subsequent employment prospects are considered. Wisconsin residents are very fortunate to have a bevy of in-state two- and four-year public schools that can provide a very good education at an excellent value. But taking on six figures of debt in pursuit of a questionable degree at a high-priced institution is usually not a good idea.

Interest rates are very low right now, historically speaking. Should young adults who have student loans focus on paying them down, or should they use any extra money they have for other investments?
No – after making the minimum payments required on the loans, they should set aside money in savings until they have at least six months’ worth of living expenses in a bank or credit union account. Once that goal is reached, they can start saving for retirement, a down payment on a house, or paying off credit card bills. Extra payments on student loans should only be made when there is no other perceived need for the money.

What are the biggest money mistakes that people make when they get their first “real job” and have a steady stream of income coming in?
Not saving for retirement right away, while their financial obligations (i.e., a mortgage payment, mouths to feed) are still likely as low as they’re ever going to be. People usually would be better off saving for retirement from age 22 to 32 (and then stopping), than they would be waiting until the turn 32 and then saving until 62. But of course, it’s better if they save from 22 to 62 and retire very comfortably.

Payday lenders seem ubiquitous these days, but the interest they charge ends up being outrageous. What are other ways that people in precarious financial positions can access cash?
Go to a traditional bank or credit union first. The worst they can do is say “no,” but people might be surprised at the kind of help these lenders can offer. If that’s not enough, consider picking up some part-time work at least until the cash crunch is solved. There’s no shame in taking a second (or third) job to dig yourself out of a hole.

I keep hearing radio ads from companies that say they can consolidate my debt so I will pay only pennies on the dollar. That sounds like a great deal. What’s the catch?
The “catch” is that they charge for something that you can probably do yourself. And even if you’re successful, you’ll have a badly downgraded credit report that could last for years.

If I’m not planning on buying a home or a car in the near future, how worried should I be about my credit score? If I should be worried, what can I do to improve it?
It’s most important if you plan on borrowing money in the next year or so. But your credit score can also affect your insurance premiums and your ability to get a job. Go to www.creditkarma.com for a free (ad-supported) tool to not only determine your score, but what steps you can take to improve it.

Speaking of cars, is it true that it’s always a better investment to buy a used car?
Not necessarily. Often dealers actually make a larger percentage profit on used cars than they do on new cars. Plus, new cars can be purchased with better financing terms, and have more predictable costs, since they’re usually more reliable and covered by the manufacturer’s warranty. That said, because new cars cost more, the dollars lost to depreciation each year will be greater – usually about 15-20 percent of the vehicle’s value annually.

You’re a big proponent of saving for retirement with Roth IRAs. Briefly, why are these better for many people than just sticking money into a 401(k) or a traditional IRA?
Roth IRAs don’t provide any immediate income tax deduction, but the contributions can be withdrawn at any time for any reason with no taxes or penalties. Therefore, they can be better for people who are in a low tax bracket, may need the money in an emergency, or who have already maxed out their savings into an at-work retirement account.

It seems that every week or so we hear about another major data breach at a retailer or bank that exposes personal financial information. How can individuals guard themselves against such situations?
Monitor your accounts closely and report any suspicious transactions right away. You can also freeze your credit report for a small fee by going to tinyurl.com/cfreeze. And pay cash whenever possible – not only will you not be subjecting your information to potential hackers, but you can only spend what’s in your pocket.

Eager for more McKinley? You can hear him every Tuesday at 8am on The Joy Cardin Show on Wisconsin Public Radio’s Ideas Network (88.3 WHWC-FM in the Chippewa Valley). His column runs each Sunday in the Leader-Telegram, and his website is www.onyourmoney.com.