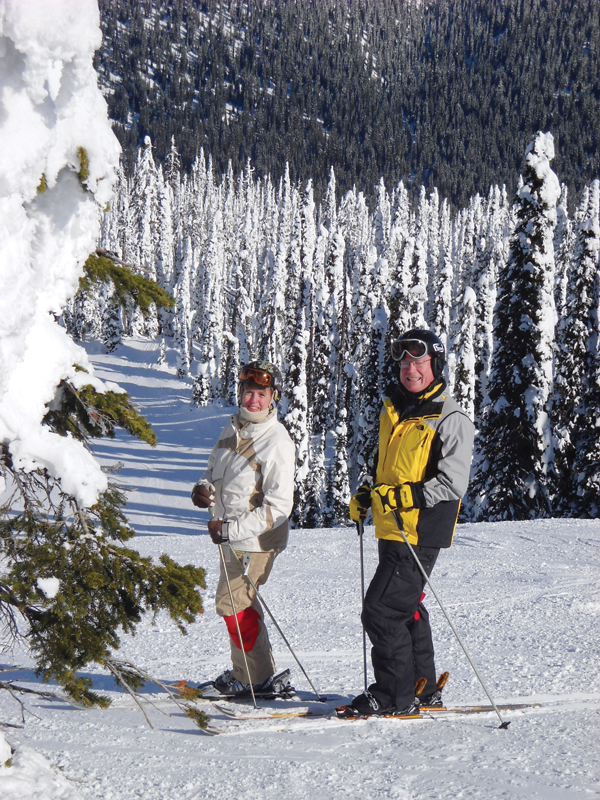 It's a pretty unique thrill to be skiing down a mountain, poles up bouncing off the fresh powder as you guide yourself through the pristine winter scene. For the last 40 years, the Red Eye Ski Club has pursued that exact feeling, taking trips around the world to pursue the dream of the perfect ride. We talked to trip coordinator Dave White about the club, skiing, and watching the Super Bowl in German.

How long have you personally been involved in Red Eye Ski Club?
About 12 years.

What drew you to the club originally, and what keeps you involved?
I liked downhill skiing, but not alone.   I needed to find people of similar ability to ski with and travel to bigger places. I had a friend that mentioned there was a ski club in town, so I went and found it.   It’s been awesome.  In 12 years I’ve skied in nine different states, three foreign countries, and at least 30 different ski resorts with the club.

What is your current role with the ski club?
I’m the trip coordinator, planning the group ski travel for the club. It’s sort of a ski travel agent role.   I’ve also taken on the duties of website manager.

Describe a bit what the purpose of the Red Eye Ski Club is.
The role of the club is to provide an opportunity for people with similar interests in skiing and snowboarding to socialize, have fun, and promote the sport. We have nearly 100 adult members ranging in age from 22 to 72, and over 50 percent are female, so it’s a very diverse group of active skiers and boarders.  We’ve recently added our support to the local Pinehurst Project, which we think will help bring more area people to winter downhill activities.

We don’t live in a particularly mountainous area. Why do you think people are still so drawn to downhill skiing?
It’s winter here for about four months of the year, so you need to find some activity that you enjoy. People are attracted to the thrill of sliding down hills and mountains.  It’s an adrenaline rush at any age. The fact that there aren’t any nearby mountains makes our club’s group travel opportunities especially attractive.

What plans do you have for your 40th anniversary?
We’ve got some “40th Anniversary” clothing apparel and commemorative pins that we had made up.  We’ll also incorporate the theme into our club ski trips this winter and the spring banquet.   We have club trips planned for Lutsen and Duluth (Minnesota), Indianhead (Michigan),   Park City (Utah), and Telluride (Colorado).

Do you have a favorite memory from one of the trips? (Or a couple, if you can’t narrow it down!)
I’ve got two.  Being in Austria with the club was really exciting for me.  Seeing the Olympic venues at Innsbruck, riding the train to ski at Kitzbuehel, the “Sound of Music” tour in Salzburg, and watching the Packers win the Super Bowl on German television at an Austrian hotel with the U.S. Olympic ski team was a great experience.

But the No. 1 memory for me was a night ride on a winch-cat snow groomer in Schweitzer, Idaho.  That’s a 20,000 pound snow cat that’s suspended over the side of the mountain, by a single 2,000-foot-long steel cable, while it grooms the incredibly steep mountainside snow surface. Unbelievable!