Zach Halmstad, founder and owner of JAMF Software, speaking at a press conference
at The State Theatre on Wednesday morning.

JAMF Software is donating half a million dollars to help fund some new hardware in downtown Eau Claire. At a press conference on Wednesday morning, the firm pledged $500,000 to the Confluence Project, a proposed public-private development that would include a performing arts center, a student dormitory, and commercial space. The  $88 million project is a partnership between UW-Eau Claire, the Eau Claire Regional Arts Center, Commonweal Development, and Market & Johnson. The pledge from JAMF, which comes via the JAMF Nation Global Foundation, is the second largest philanthropic sponsorship for the project thus far after a $1 million pledge by RCU in September. The donation also offers JAMF naming rights to the arts center's 250-seat black box theater. 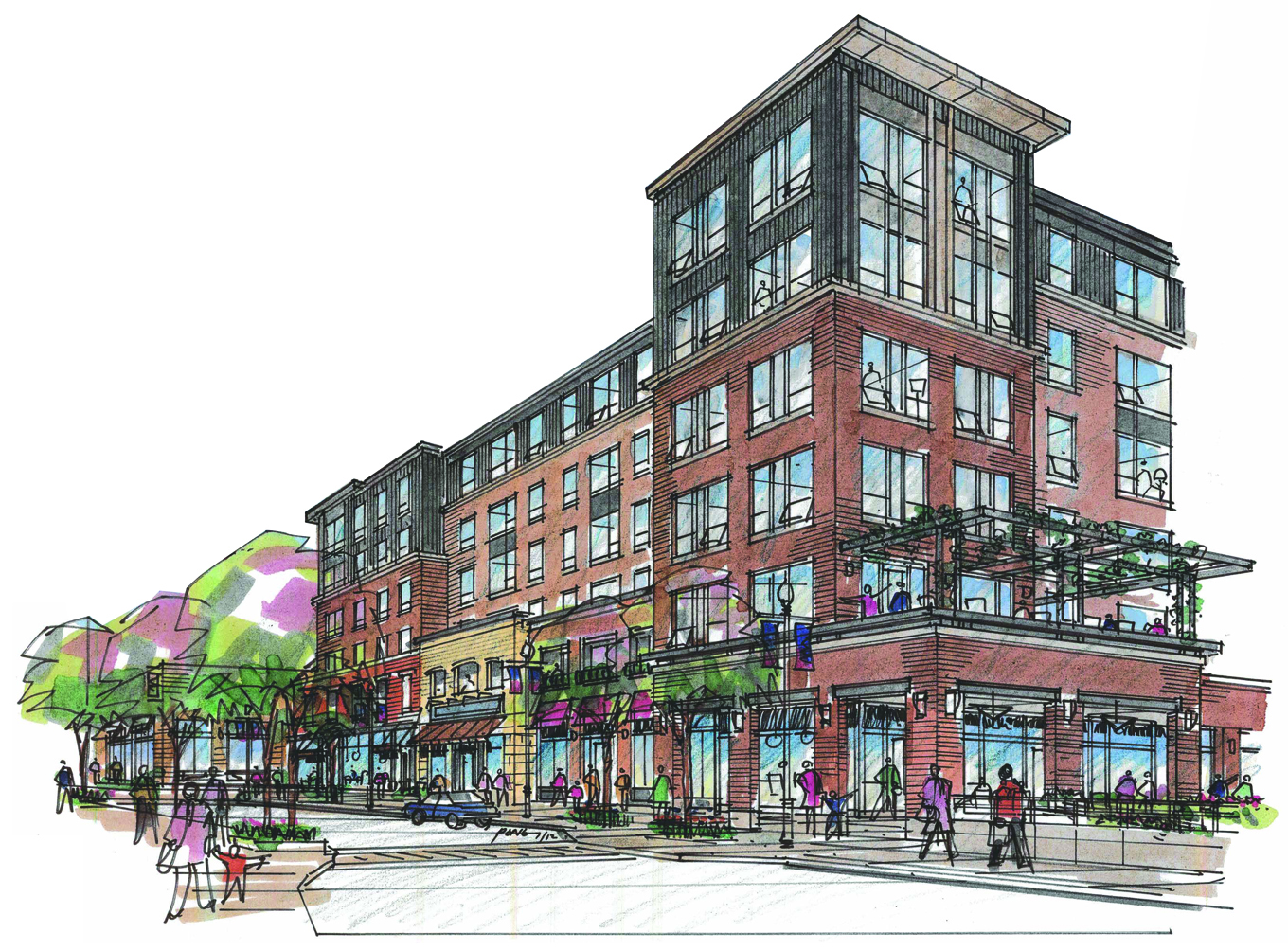 “In the five years JAMF Software has been located in downtown Eau Claire, our office has grown from four to 94 employees,” the company said in a statement. “Our support of the Confluence Project reflects a continued commitment to the community and our desire to continue growing in the downtown area. This will be a great perk for people working in the area, but it is much more than that: it will improve the quality of life for an entire region. It is a wonderful opportunity for growth in Eau Claire and the downtown area.” JAMF, which creates software for Apple devices, such as iPads and Macs, was founded by UW-Eau Claire graduate Zach Halmstad.* It is headquartered in Minneapolis and has offices in Eau Claire, California, New York, Amsterdam, and Hong Kong. In February, the company announced plans to build a 65,000-square-foot office adjacent to Phoenix Park and said it expects to grow to 150 to 200 employees in Eau Claire by the end of 2014. In a press release, JAMF employees lauded for the Confluence Project, which is still seeking approval – and funding – from a number of entities, including the city of Eau Claire, Eau Claire County, and the UW System Board of Regents. “I am excited the city is into getting behind the arts – it will have an incredible impact on the culture and future of our city,” said employee Jason VanZanten. “Having an actual cultural center is important to a city that wants to be more metropolitan,” added employee Sam Borman. “It is a serious effort in having a vibrant downtown. I am looking forward to the concerts.”